Information and pictures of the 2015 homes will be coming

These are the 3 homes on the 2014 Christmas Caravan Tour of Homes in the North Hill neighborhood. 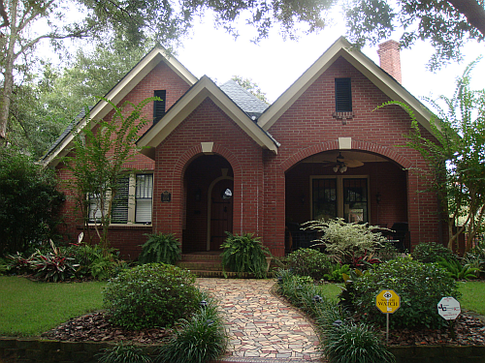 The house at 1308 N Barcelona Street was built in 1929 by William Vincent Fauria a native Pensacolian coming from a long line of ship captains.  William Vincent Fauria was a second generation Pensacolian and had attended Springhill College in Mobile, AL.  He began in the shipping business in Rio De Janeiro until he was called home because of his parent’s death.  Mr. Fauria ultimately owned the Pensacola Maritime Shipping Company and operated it through the depression.  When World War II began, the shipping industry in the U.S. took a substantial hit when the waters became unsafe, thanks to submarines .

William Vincent Fauria and his wife Genevieve had three beautiful daughters, Mary Jean, Joanne, and Rosalie who grew up in the house.  The girls tell stories of summers during the polio epidemic when children were required to stay close to home.  They filled the days by staging plays on the deep and roomy front porch of the house and for years took music lessons from Mrs. Stewart who resided at 206 W. Lloyd Street, just around the corner from the girls.

Having family next door was also a treat for the Fauria’s.  At one point a buzzer was put in that would allow each house to signal the other as a safety precaution.  Mrs. Mary Jean Fauria Beverly tells that it ultimately became useful to signal each other that everyone was ready when joint  shopping trips were planned.  The daughters married and two stayed in the Pensacola area and one moved to Clinton, Mississippi.

Gary and Bessann Watson bought the house located in the North Hill Historic District in 2001 and moved in after substantial renovations in 2002.  The kitchen and master bath were completely renovated, some original walls which had been taken out by previous owners were replaced, and substantial upgrades were completed to the plumbing and electrical systems.  Most of the windows and doors and tile work in the guest bath are original to the house as is the intricate and unique tile work on the front walkway and porch. 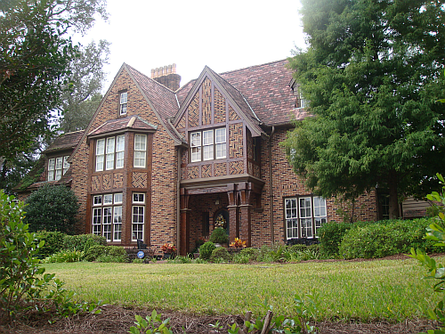 This home is located in the North Hill Preservation District.  The architectural style is Tudor Revival.  It was built in 1929 by Dr. Walter Payne for his Scottish bride.  Wishing to ease her transition, he built the home in the style she loved.  To ensure excellence in detail and craftsmanship, workman from England built the home.  There are three stories with five bedrooms and five and a half bathrooms within 7,000 square feet of living space.  The third floor is over 1500 square feet of finished attic used as a game room.  Architectural features include three story gables, patterned brickwork, massive chimneys, authentic clay chimney pots with hand hewn pegged timbers, steeply pitched roof and original composite tiles resembling multiple colored slates.  There are 106 windows in groupings of three and four Tudor style as well as three hipped bays.

Certainly one of Pensacola’s most important architectural buildings, it was built by European craftsmen on the highest elevation in the City  Five Flags.  The North Hill Preservation District’s age and ambiance have earned it a listing on the National Register of Historic Places.  This home is on the site of Fort San Bernardo, where the Spanish overtook British rule of NW Florida in 1781.  Fort San Bernardo was built by Don Bernardo de Galvey, Governor of Spanish Louisiana.  From the fort, the Spanish bombarded the English held Fort George in April 1781.  On May 8th, 1781, the Spanish battery opened fire toward the British fortifications.  During this bombardment, a cannonball landed near the powder magazine of the Queen’s Redoubt and exploded.  Fort George surrendered May 9, 1781.  As a result of this battle, all of Florida from the Apalachicola River to the Mississippi River passed from Britain to Spain. 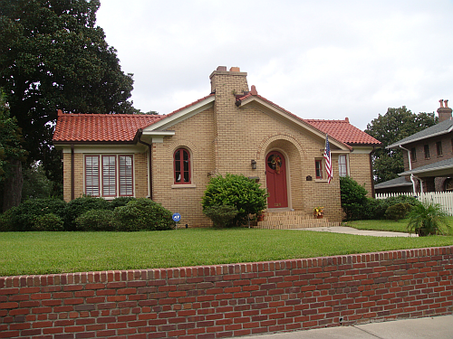 The Edmund Fox house was built in 1927 on the site of Spanish Fort San Bernardo in North Hill. Architect Walker Willis designed the Tudor Revival house renovations to the San Carlos Hotel.  The bricks of the house are made of Pensacola sand giving the house its distinctive sand color which is complemented by the original red tile roof by Ludovico Celedon.  The unique splayed doorway is featured at the T. T. Wentworth Museum as one of the more prominent doorways in the North Hill Neighborhood.

The four bedroom, four bath house has the original hot water heating system which heats two of the bathroom floors and original radiators for all other rooms in the main part of the house. The floors are 1 ½ inch quarter sawn oak. A built in butler service in the breakfast room is one of the more notable features of the house. Bronze light fixtures and crystal door knobs are original to the house use as well as the neighboring 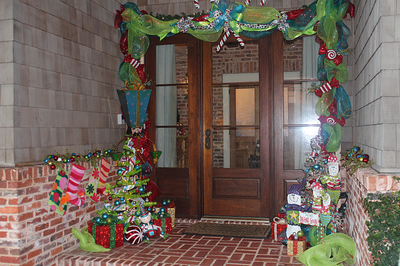 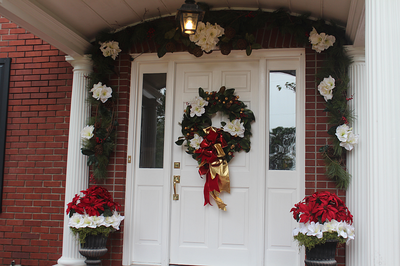 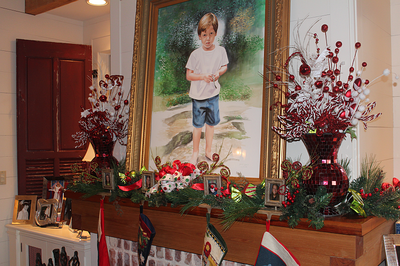 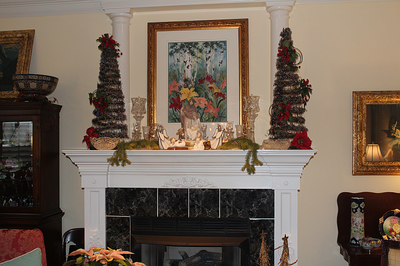 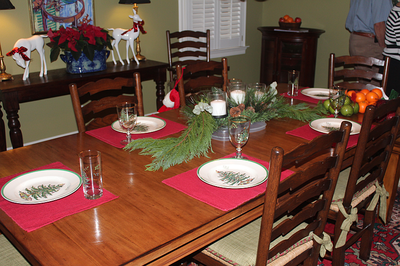 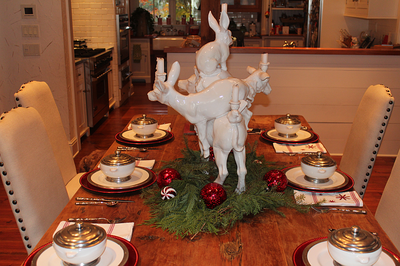 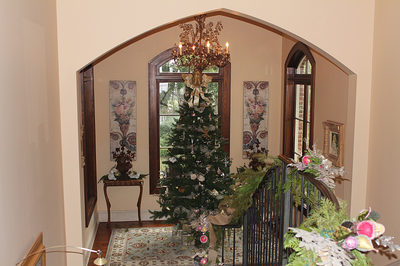 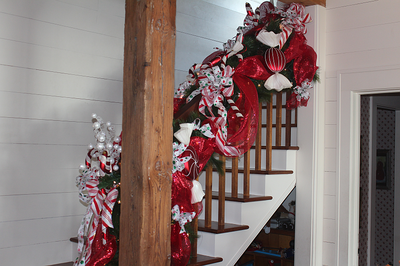 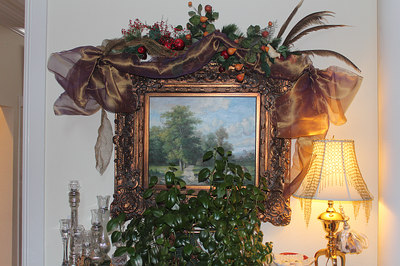